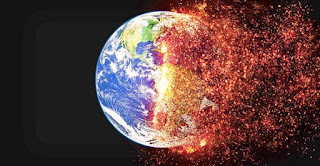 No one deserves to walk alone 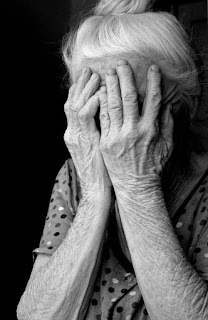 To anyone who is exasperated by the way elderly people are so often marginalised, ignored, not taken seriously, or simply not 'heard'......

HELP THEM FIGHT THEIR CORNER!!!

It's not easy to do this: you will feel like you are banging your head against a brick wall... ..that you are a pest; that the system is against you; that you have no right to challenge decisions made by (some) experts in their field; that you have made a mistake and the person you are fighting to protect/help doesn't really need protection/help; etc etc..

Then, suddenly, just when you are ready to give up, you discover someone in a position of authority, who has the clout to actually DO something, has listened to you and taken your concerns seriously... and good things begin to happen for the person you are speaking out for.

This doesn't only apply to the people you love. Have a look around your local community....there will be many elderly people without relatives to help them survive this ever changing life we live. Speak to them......ask them what they find difficult, and offer to help. It may be that they just can't work out how to get a doctor's appointment now that everything is computerised..... or it may be that they can't GET to the doctor's so don't even bother making an appointment. Whatever it is, you may be in a position to help. If you are, don't think twice. Just do something. Anything you do will be better than doing nothing

No one deserves to walk alone

(unable to find a photo credit for black & white photo. Do please let me know if you know who the photographer is)

Brigit x
Posted by brigit at 06:46 No comments:

Over the past few years I have delivered many 'bee' talks to horticultural societies, but the talk I gave last night was different. Actually, it wasn't the talk itself that was different, but rather the reason this particular society had booked me.

I have found it usual when delivering talks to members of gardening groups, that mine will be one of a series of talks, given over the course of a year's programme, on a wide and often disparate range of subjects. Of course the talk content will have been chosen to appeal to people who enjoy gardening, but that's usually as far as it goes.

The reason last night's talk was different, is that it was the opening talk in a year during which Wellow Horticultural Society (based in the village of Wellow, near Bath) are focussing their entire 'talks and events' programme around bees... with a particular focus on bumblebees and solitary bees.

I found it SO inspiring to deliver my talk to such an engaged and interested audience of people working together as a group to help pollinators. I'm afraid I ran a little over time, choosing to expand in some cases on areas that I usually only touch on for a moment or two. However I did this in the sure knowledge that this particular group were listening not only for general interest or entertainment value (you may not know it, but learning about bees can be extremely entertaining!), but because I knew they were planning to use any information I imparted to actively help bees.

Pollinators need our help, and by pollinators I don't just mean bees. Changes in habitat, together with increased use of pesticides, climate change, pests and diseases, and many other issues are also contributing to declines in butterflies and other pollinating animals. Those of us with gardens can make a big difference by planting more pollen and nectar rich plants, and creating (or conserving) suitable habitats for these creatures to nest and hibernate.

"Recent research indicates that private gardens in Britain cover an area bigger than all of the country’s nature reserves combined, estimated at over 10 million acres. Individual gardens may be small but they create important green links between urban nature reserves and the wider countryside, forming vital wildlife corridors. The potential of the country’s millions of gardens to help counteract some of the habitat losses that we have experienced in the last 50 years is enormous. Making your garden wildlife-friendly will help to ensure that the plants and animals that we value today will still be there for future generations to enjoy" - from Hampshire and Isle of Wright Wildlife Trust website.

Wellow Horticultural Society explain in their January newsletter  how they plan to support wild bees this year. Do PLEASE have a look... it's really worth a read and might give you some ideas for your own gardening clubs or societies.

"We want you to come to the events, but also get involved, doing things to support bees and other pollinators. While the honey bee is an excellent pollinator, we want to focus on wild bees – bumble bees and solitary bees. You do know the difference don’t you? No? – then come along to our events to find out!........."