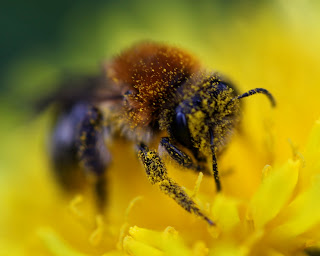 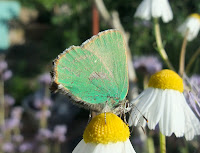 Unfortunately, over a period of just 100 short years, things have changed so dramatically that this amazing class of species is now under threat. For the first time ever, INSECTS ARE FACING MASS EXTINCTION.

These days there are so few insects that our windscreens remain clear from Land's End to John O'Groats. And there are no longer flocks of birds following the tractors, because there's no life left in the soil.

But why is this issue not being addressed as a matter of urgency in the media? Why do I not see any evidence that mass insect extinction is being taken seriously by the powers that be? And why are so few NGOs prepared to speak out about it? Most of our wildlife organisations tackle the issue of habitat loss as a matter of course. However, from what I can see, the only wildlife organisation campaigning specifically against pesticides and the impact their use is having upon invertebrates, is BUGLIFE - the Invertebrate Conservation Trust.

Having raised this issue myself on numerous occasions with people from all walks of life, I'm tired of hearing the same old arguments from those who advocate that we 'need' these toxic substances to survive.

These arguments are unbelievably short sighted. Without insects (not to mention unpolluted soil, water and atmosphere) man will not survive anyway. Very little will survive. We are destroying our tomorrow for the sake of our today. And the craziest thing of all is that it doesn't need to be like this because small scale, organic and sustainable farming CAN & WILL feed the world.

Humans are amazing, resourceful beings. All we need to do is wake up to the reality of the damage we are causing, shift our mind sets a little and  DO SOMETHING ABOUT IT!!!

Make your garden a haven for pollinators