The Problem With Biofuels 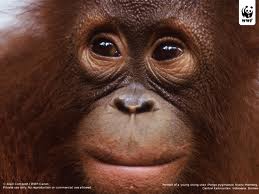 One of the biggest problems people have these days is dealing with all the confusing and conflicting advice about green issues in the media. No sooner have we adapted our lifestyles to incorporate the latest planet-saving solution, than we discover we might actually be doing more harm than good by doing so. Because of the hectic lives we lead, very few of us have the time to do the research we should do before we implement change; we rely instead on the media and the ‘powers that be’ to tell us what to do.

One of the areas where there has been great confusion and conflicting press has been the debate on ‘biofuels’. Less than a decade ago biofuels were being heralded, by some, as the alternative to fossil fuels, but now they are being blamed for all kinds of problems from rising food prices and deforestation to soil erosion and increased pollution.

Difference between Biofuels and Fossil Fuels

So what exactly are biofuels (or agrofuels as they are sometimes called), how do they differ from fossil fuels and why should we be wary of using them?

The difference between the two fuels is quite basic; biofuels come from living things or the waste they produce, whereas ‘fossil fuels’ come from organic matter deposited in the earth or sea bed millions of years ago. It appears at first glance that biofuels might offer the perfect, clean, renewable and carbon neutral alternative to fossil fuels and could help significantly in the battle to halt climate change. However, the full picture is more complex because there are a number of different biofuels, each with different environmental impacts.

Although biofuels can be produced from animal waste and from wood, for the purpose of this article I’m going to concentrate on ‘plant based’ biofuels. 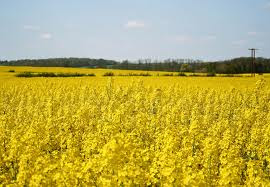 Plants have a natural capacity to capture solar energy through the process of photosynthesis and there are a number of ways this energy can be converted into biofuel. The most common techniques used to convert the energy are as follows:

1. Growing crops such as corn, sugar and wheat. These crops can be fermented (using the same technique you would use to make wine or beer) to produce bio-ethanol. Bio-ethanol is an alcohol and is usually mixed with petrol before being used as fuel.

2. Growing crops such as palm, rapeseed or soyabean that produce oils. The oils produced by these crops are known as SVO’s (straight vegetable oils). They can be heated to reduce their viscosity and used as fuel for diesel engines. Alternatively, they can go through a chemical process (transesterification) to produce biodiesel.

So, what’s the problem?

Transport accounts for over 25% of our emissions in the UK and it is our apparent ‘need’ for personal transport that is one of the main drivers (no pun intended!) for the ever-increasing demand for fuel. We have, for many decades, relied on cheap and plentiful oil to fuel our cars, but with the need to reduce our CO2 emissions we are now looking for less polluting alternatives. In principal, biofuels, when compared with conventional transport fuels, could indeed reduce greenhouse gasses.

Crops grown for biofuels are able to absorb a similar amount of CO2 whilst they grow to that which they release when they burn, making them, in effect, carbon neutral, whereas the burning of fossil fuels releases gases into the atmosphere that have laid captured under the earth or sea bed for millions of years. However, as I mentioned earlier, the production of biofuels has many differing environmental impacts.

We have already witnessed the devastating effect that increasing monocultures (vast areas of land being used to grow one, single crop) are having on biodiversity. We have already lost too many of the habitats that plants and animals rely on for their existence; we can’t afford to loose more.

The most obvious example of the impact this loss is having on a single species, is that of the orangutan, who’s rainforest habitat is being destroyed to grow palm trees. 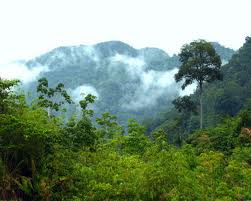 We already use vast amounts of palm oil for a multitude of products; clearing even more rainforest to grow palm oil for biofuel is tipping the balance dangerously in the wrong direction. Unless we halt deforestation immediately we face the irreversible extinction of hundreds of thousands of species.

From a polluting point of view, although crops grown for biofuels absorb the same amount of CO2 whilst they’re growing as they give off when they’re burned, it is important to take into consideration the fact that the energy used in the farming and processing of the crops can cause as much pollution as the fossil fuels they’re being grown to replace!

Biofuel crops create environmental impacts in many other ways including soil erosion and water usage, but the most worrying issue is the effect the biofuel industry is having on food prices. Crops such as wheat, soybean and corn that used to be grown for food are now being grown for fuel, so there is less food to go around and as a result food prices are increasing at an alarming rate. Sugar prices have doubled, and the price of wheat is now tracking the price of oil; durum wheat, used in Italy to make pasta, is in danger of becoming so expensive that even a staple food like spaghetti could become a luxury in the near future.

Of course, some of us are fortunate enough to have the technical know-how, the equipment and an ongoing supply of waste oil to make our own biofuel. This is done using a process called 'transesterification'.

My understanding of chemistry is far too poor for me to be able to explain this process properly, but here's a very basic explanation of what happens...

A catalyst (either potassium or sodium hydroxide) is mixed with alcohol and this mix is agitated till it reacts.

Once the reaction is complete you are left with two major products: glycerin and biodiesel.

As glycerin is denser that biodiesel you can easily separate the two by drawing off the glycerin from the bottom of the container, leaving the biodiesel behind.

It's obviously a bit more complicated than this, but having attended a one day 'make your own biodiesel' workshop I can honestly say this process is easily manageable. If I had a decent sized garden shed to store the equipment I'd definitely do this myself.

So, unless you have the capacity to make your own biodiesel, or until new and more efficient technologies can be found to minimise the detrimental impact they are having on the environment, biofuels are clearly not going to provide the solution many people had hoped for. Furthermore, it could be argued that they detract attention from the bigger priority; which is that we must try and reduce our overall energy use.

Instead of looking for alternatives, maybe the time has come for us to look at how we might change our mind-sets and our habits. I’m not suggesting we all rush out and sell our cars tomorrow (although that might not be a bad idea) but perhaps we could think twice before making unnecessary journeys, make a resolution to use public transport more often, offer a friend a lift, invest in a bicycle (or an electric bike if you live at the top of a hill) or dust off our old walking boots and get fit into the bargain! I have a friend who gave up her car last year; she’s in her late fifties, has never felt fitter and healthier and doesn’t have a single regret.

A few tips for car uses

Say No to Palm Oil: excellent information and advice http://www.saynotopalmoil.com/

Green': film about the last few hours in the life of a displaced orang-utan http://www.greenthefilm.com/

Useful site and very active forum for anyone wanting to reduce dependence on oil - http://www.powerswitch.org.uk/